Day three continued the stretch of perfect weather. The basin lit up as the sunlight danced off the various flora, turning far off peaks unusual colors. Today we would descend Halfmoon Creek, drive to Buena Vista, then cross the Continental Divide via Cottonwood Pass, before ascending once more to the Taylor Lake where we would spend the night.

Looking back down the valley as the sun rose 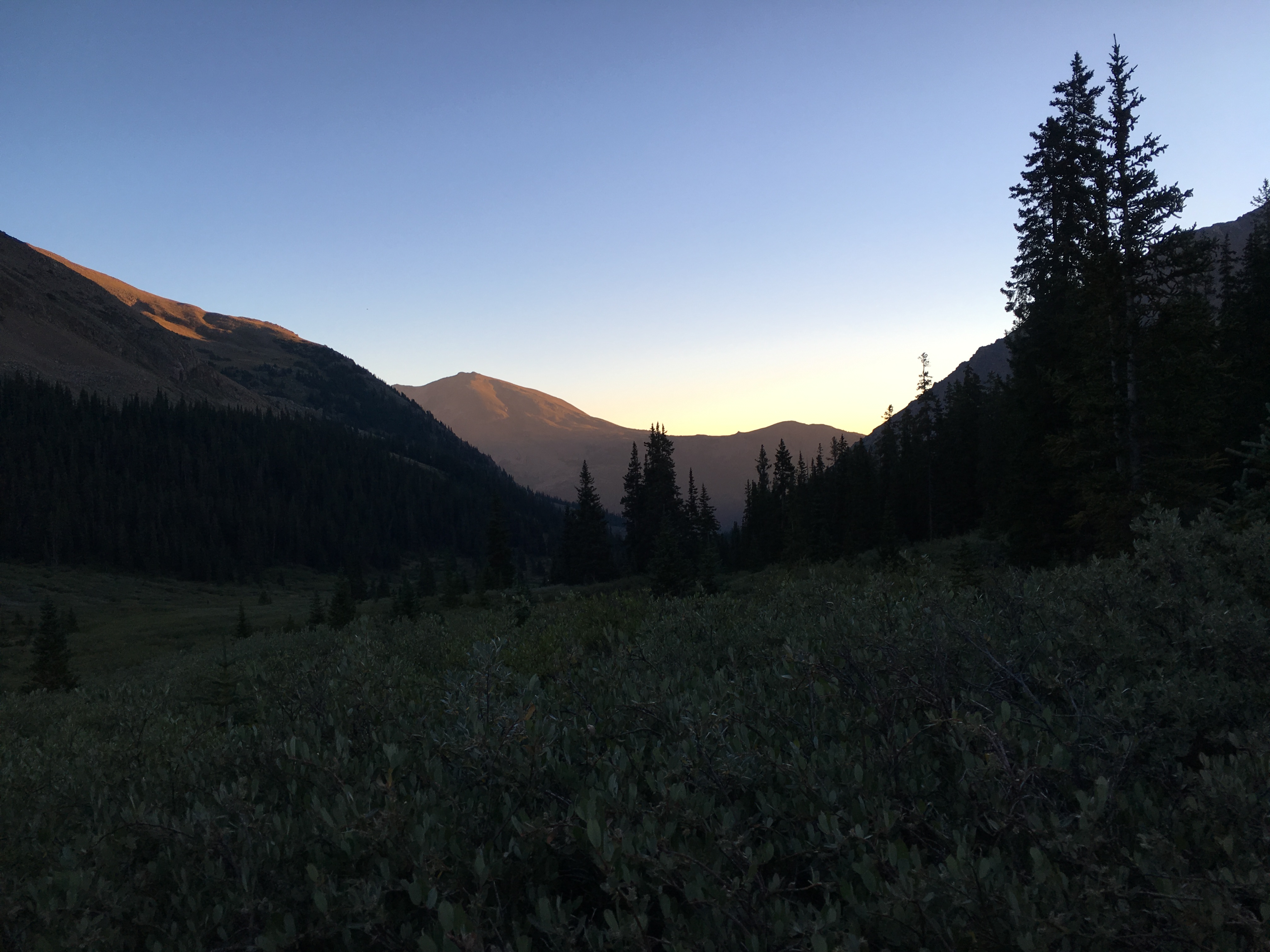 Twin Lakes at the entrace to Independence Pass 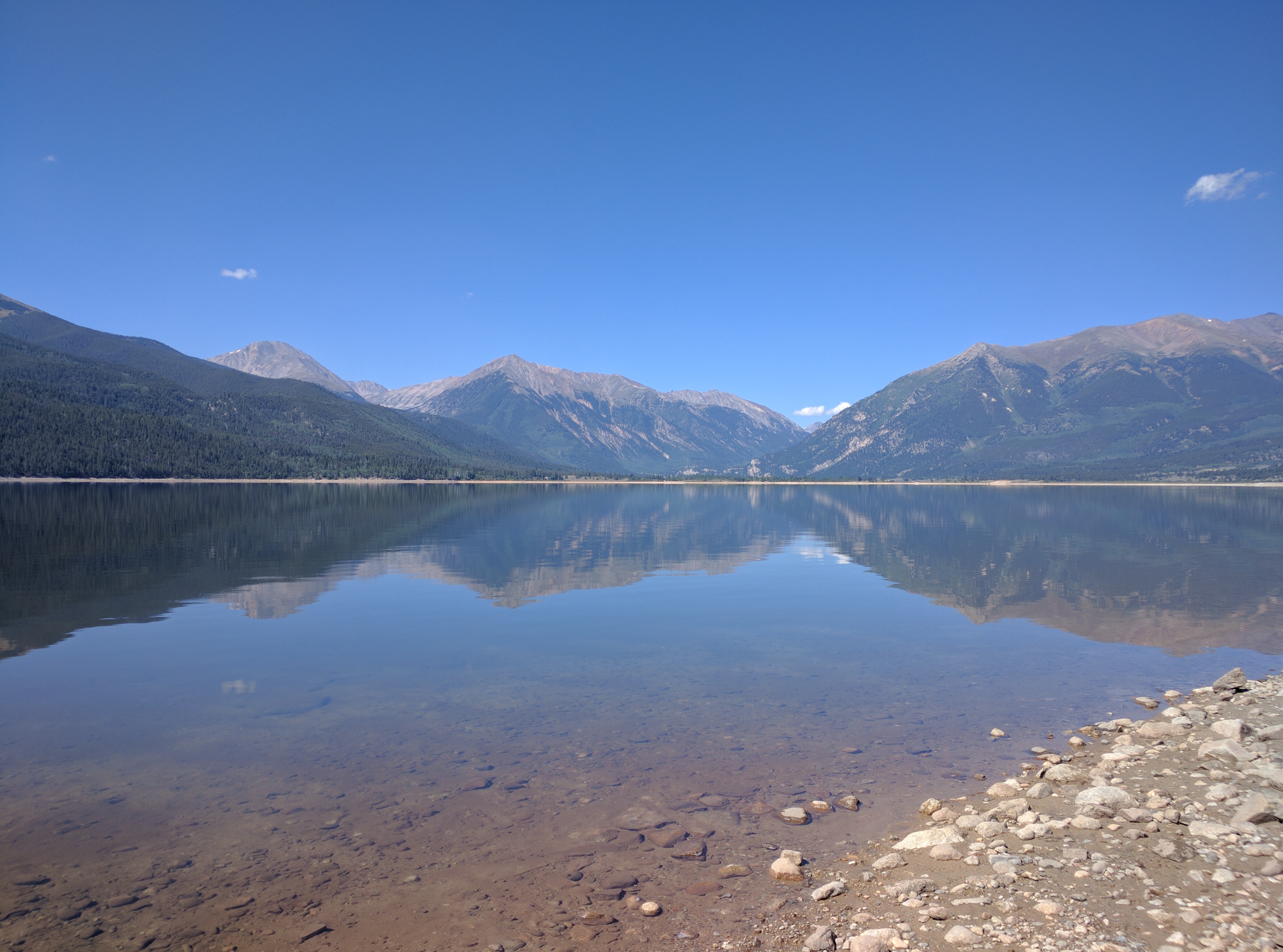 Stopped in Buena Vista for provisions. The House Rock Kitchen has some great food along with a fun patio with games to play 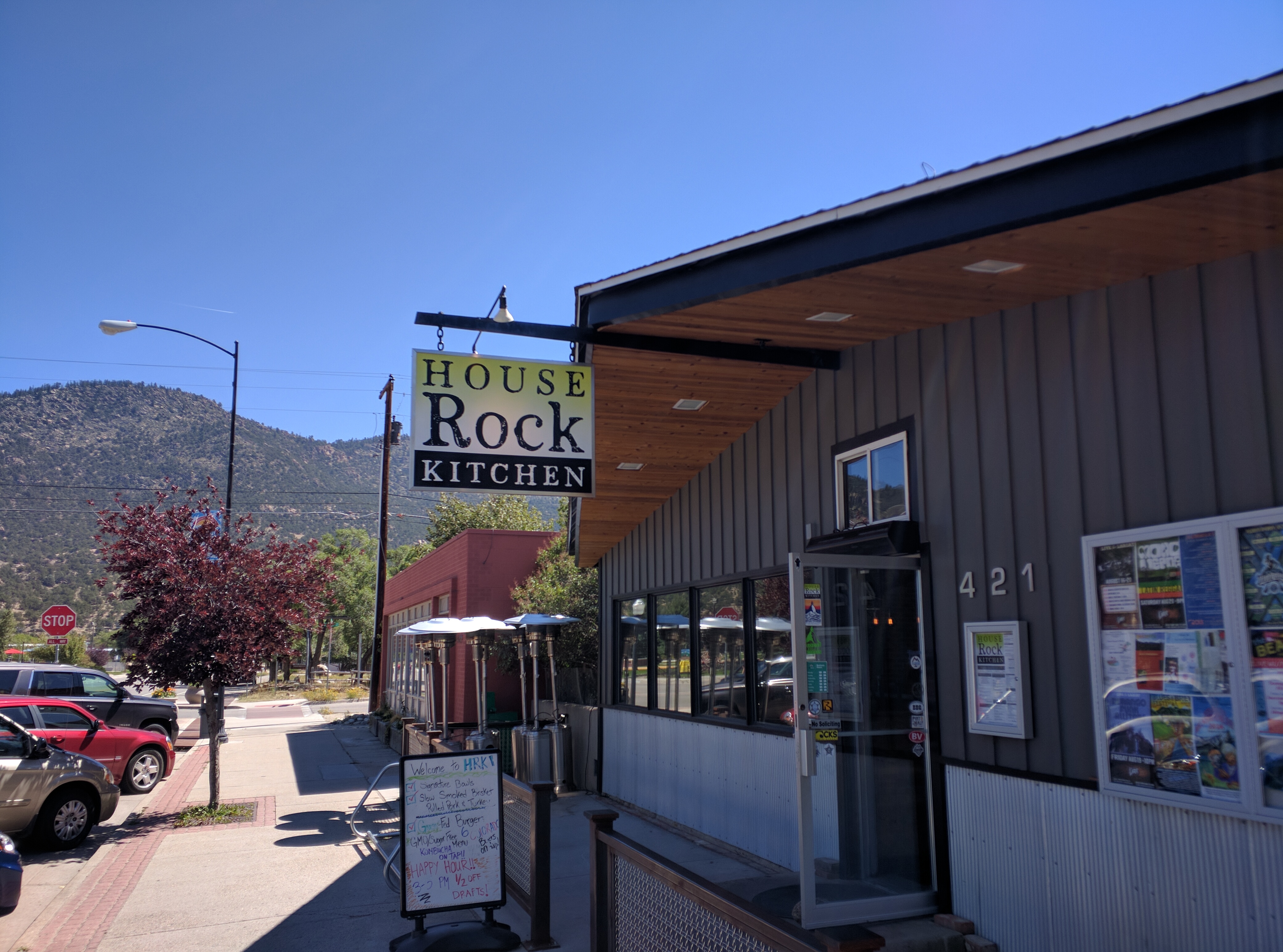 The awesome horseshoe in the final section of Cottonwood Pass. It's paved up to the top, then dirt road from there on until you make it to Taylor Park Reservoir 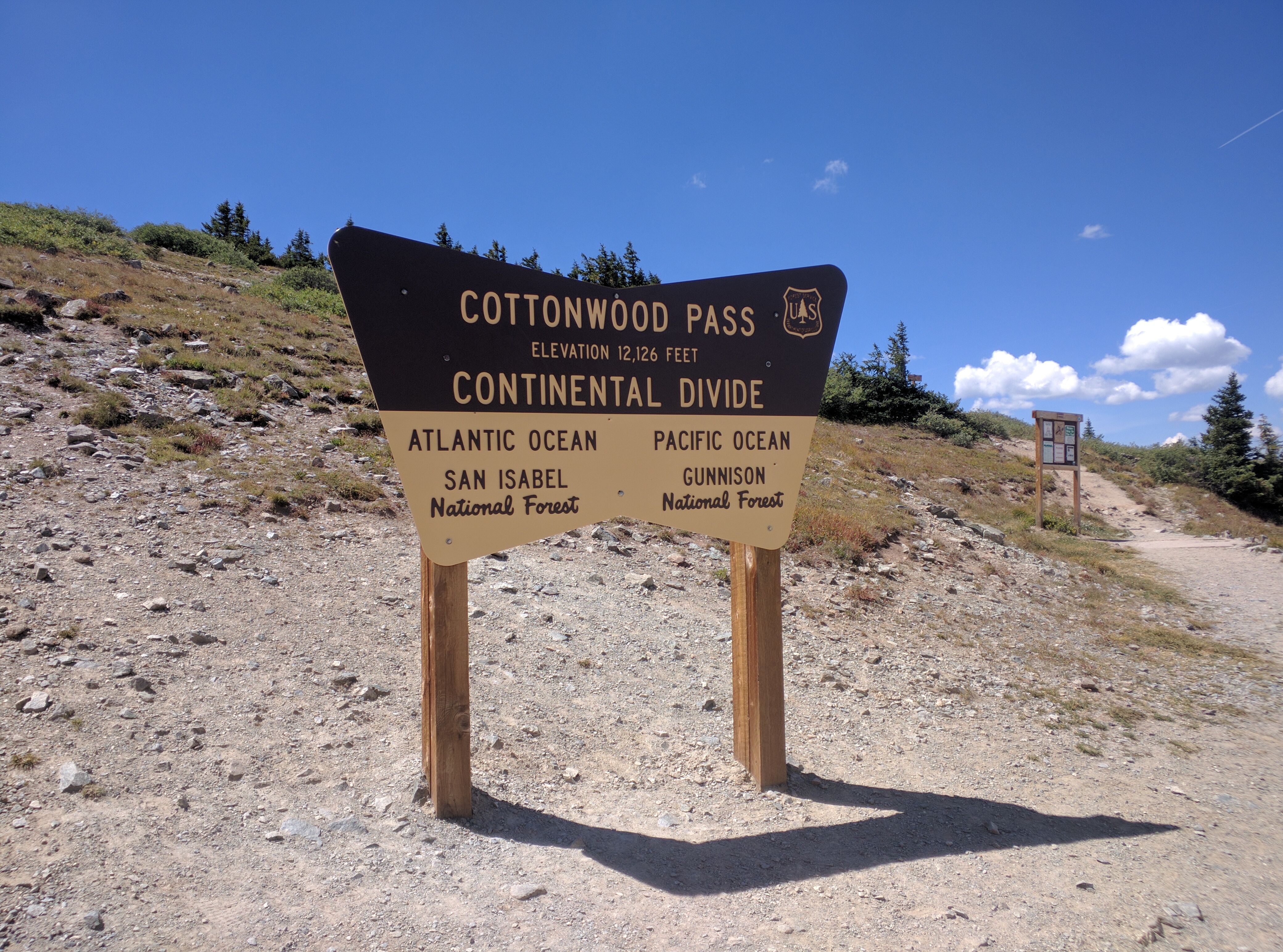 If you look straight beyond the lake, to the mountains way out on the horizon...that's where we camped that night. Unbelievable to think we'd cover that much distance over such rugged terrain in a half day's journey. 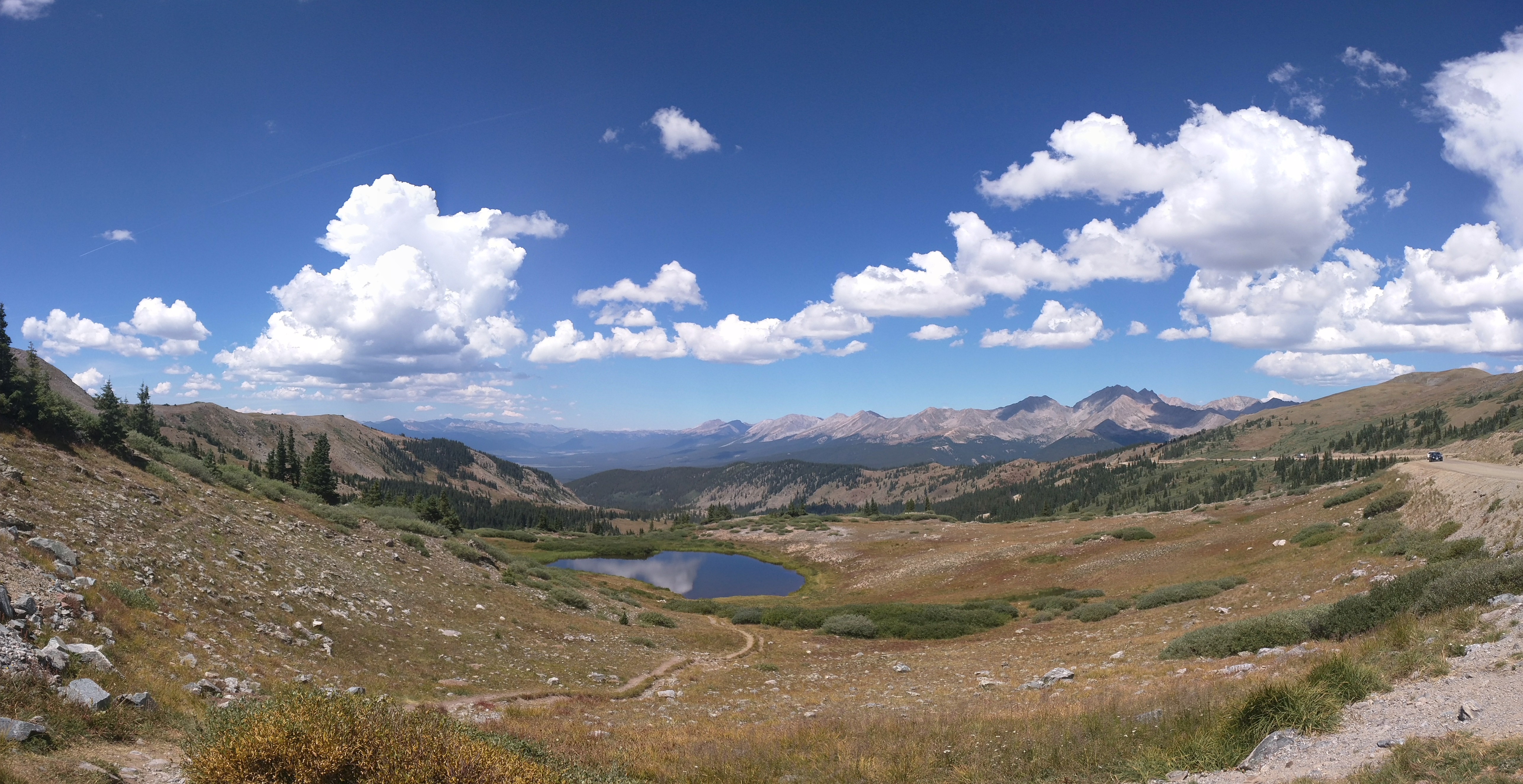 And so it begins. The entrance to Taylor Pass. This and Halfmoon Creek were the two most difficult of the trip. Also the two prettiest and most fun. We ended up walking a good section of it, just to make sure we weren't getting in over our heads. We ran into a few other folks running it as well, including an elderly gentleman in his TJ that looked like it was still running the original lift with stock tires. He trash talked us for a good portion of it, taunting me that I had lockers and he was doing this in his old TJ. Well, here is to you old man. I'm guessing you made it through since we never found you broken down. 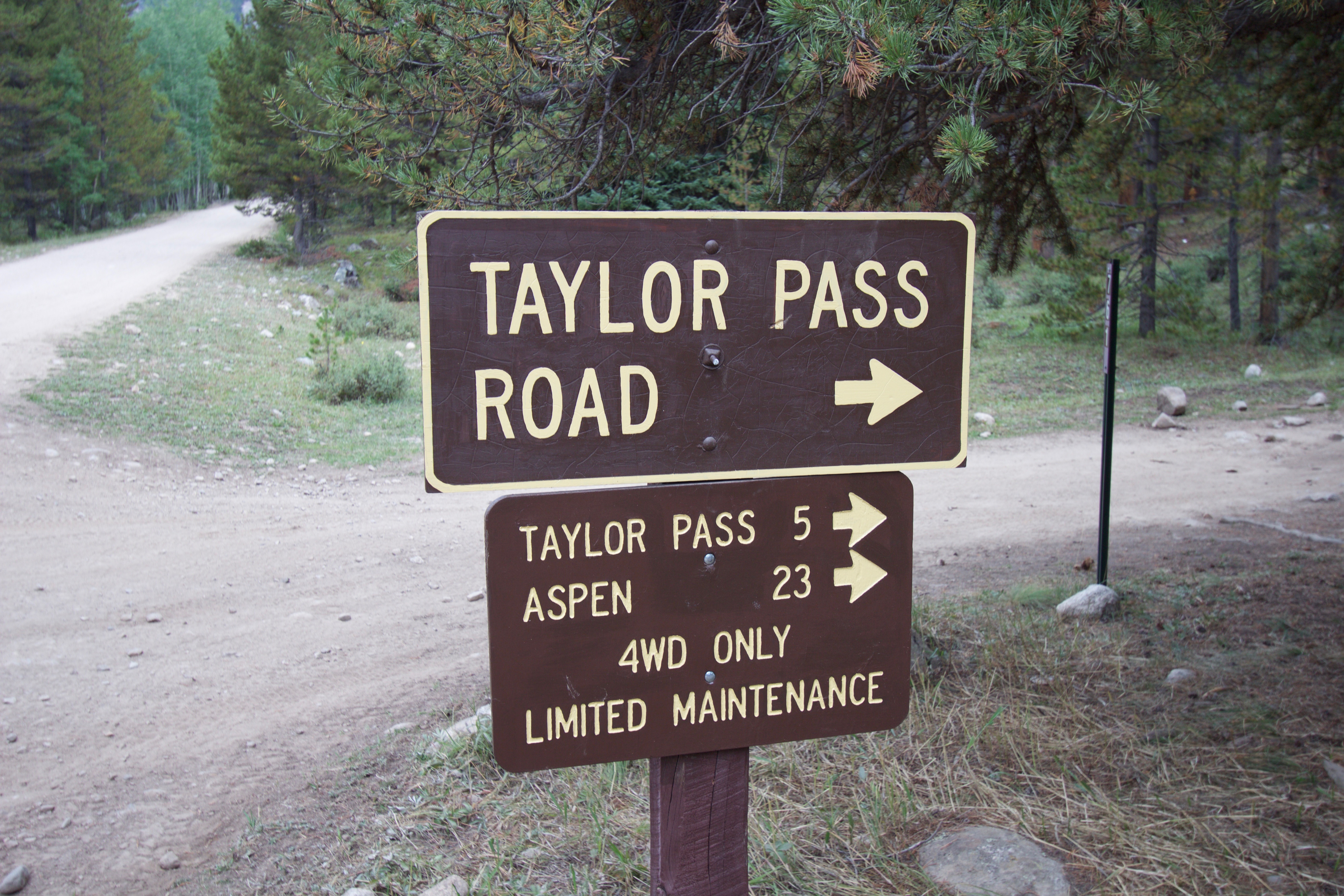 One really cool part of Taylor Pass is that you drive up the creek bed for a good portion of it. Just fun to be driving in a creek. Definitely makes seeing the big rocks a bit more difficult though and we ended up piling some smaller ones up to help my 33s up and over without dragging differential. 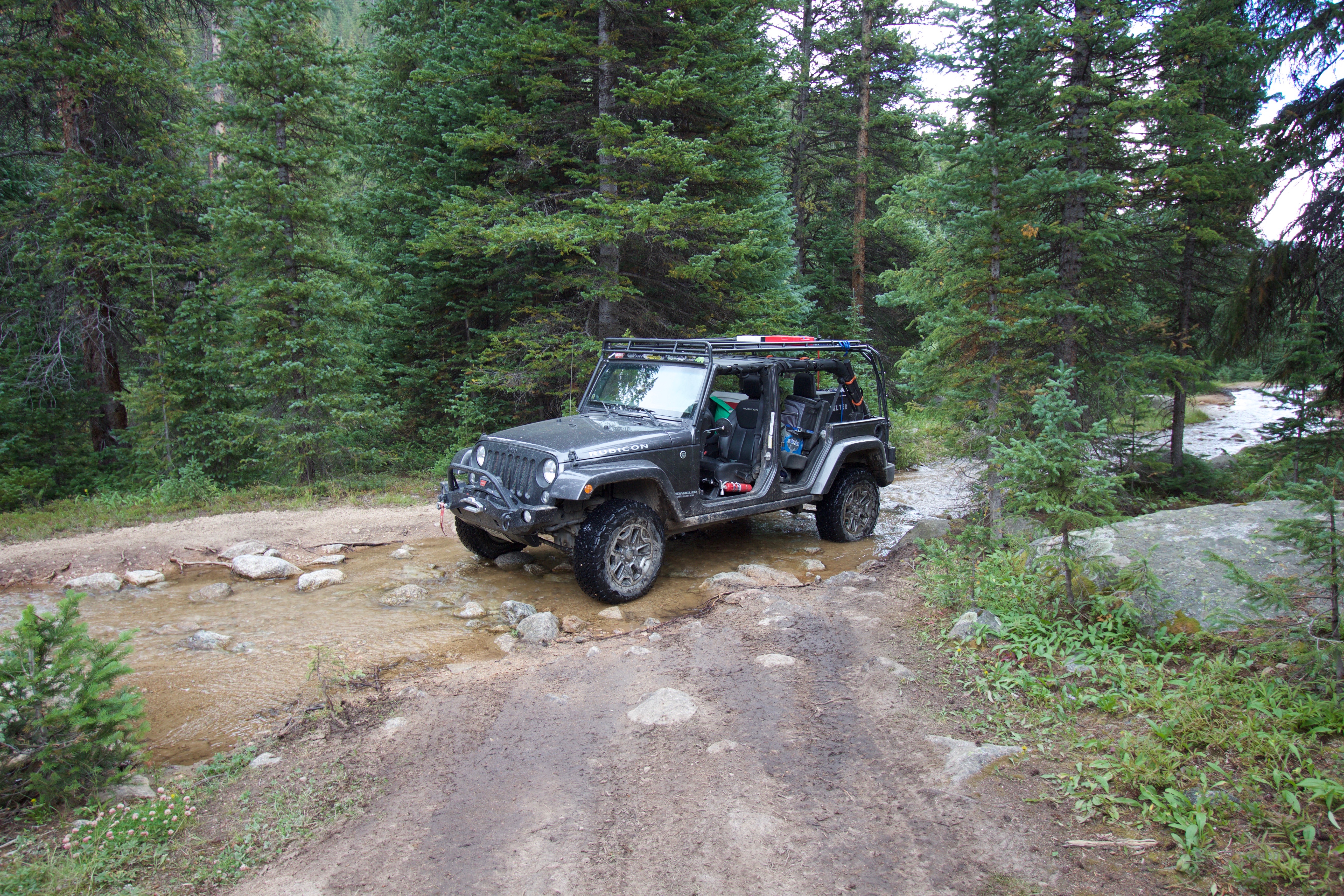 The final obstacle. This is a fun one. Unless you're running some big tires, the best path is to the left, pivoting around those rocks. It was tight, but we squeezed on through and heaved a sigh of relief. From there on it was mostly just bumpy. 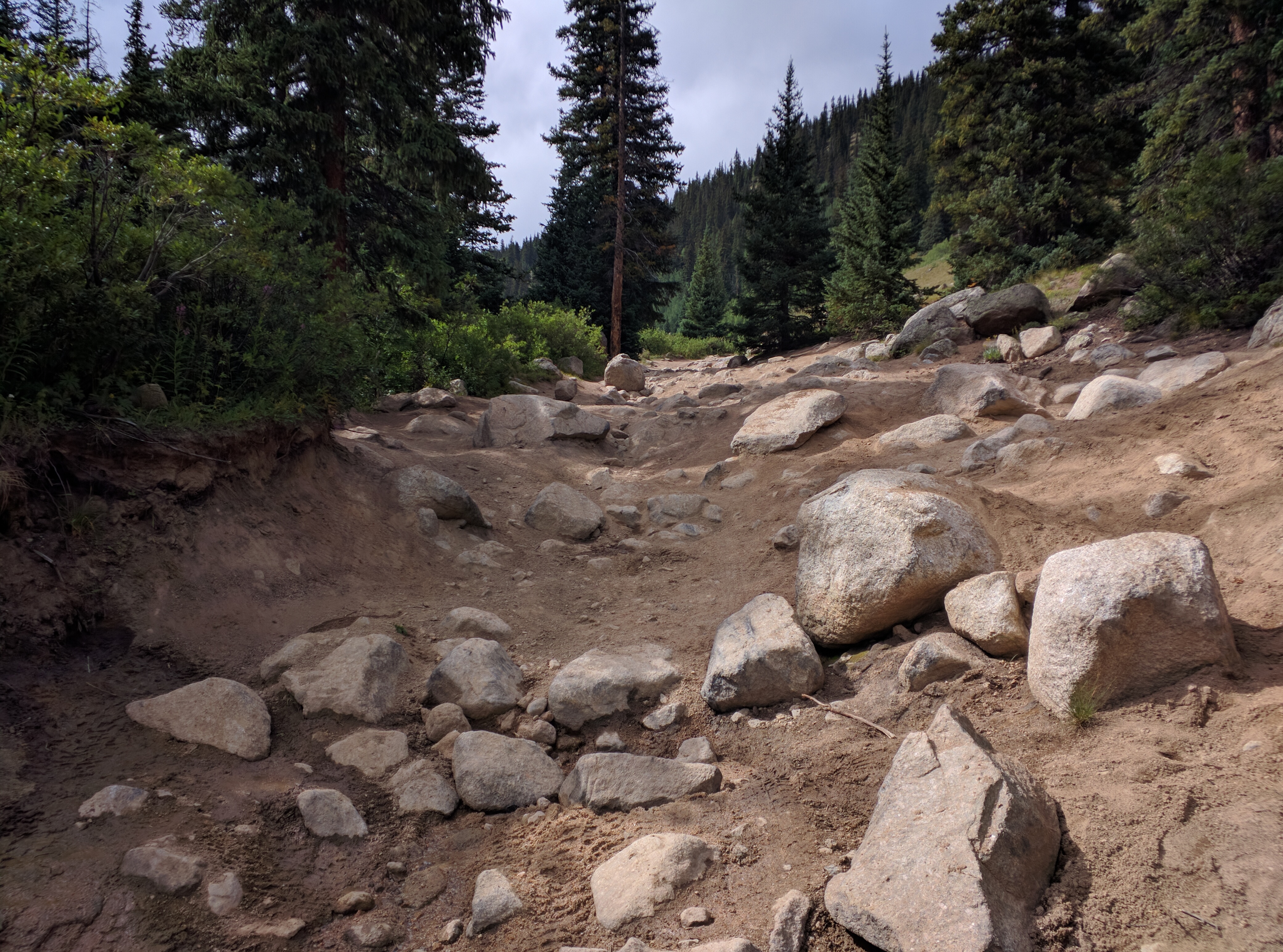 Coming up to the top and Taylor Lake! Some very cool rock formations there to welcome us 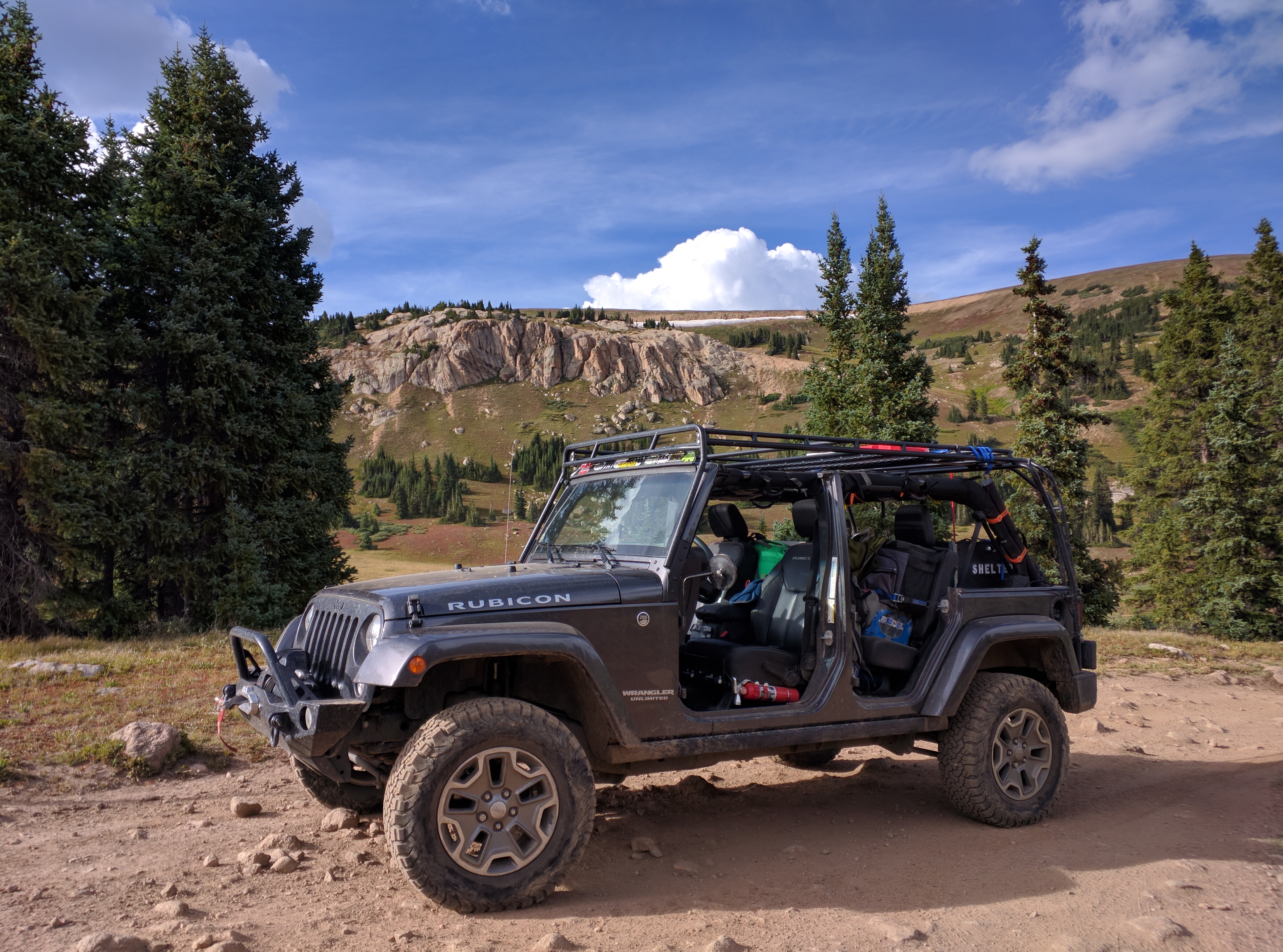 Bryan doing a little fly fishing. Didn't catch anything, but fun to just be on the water. There was a doe hanging out with us too 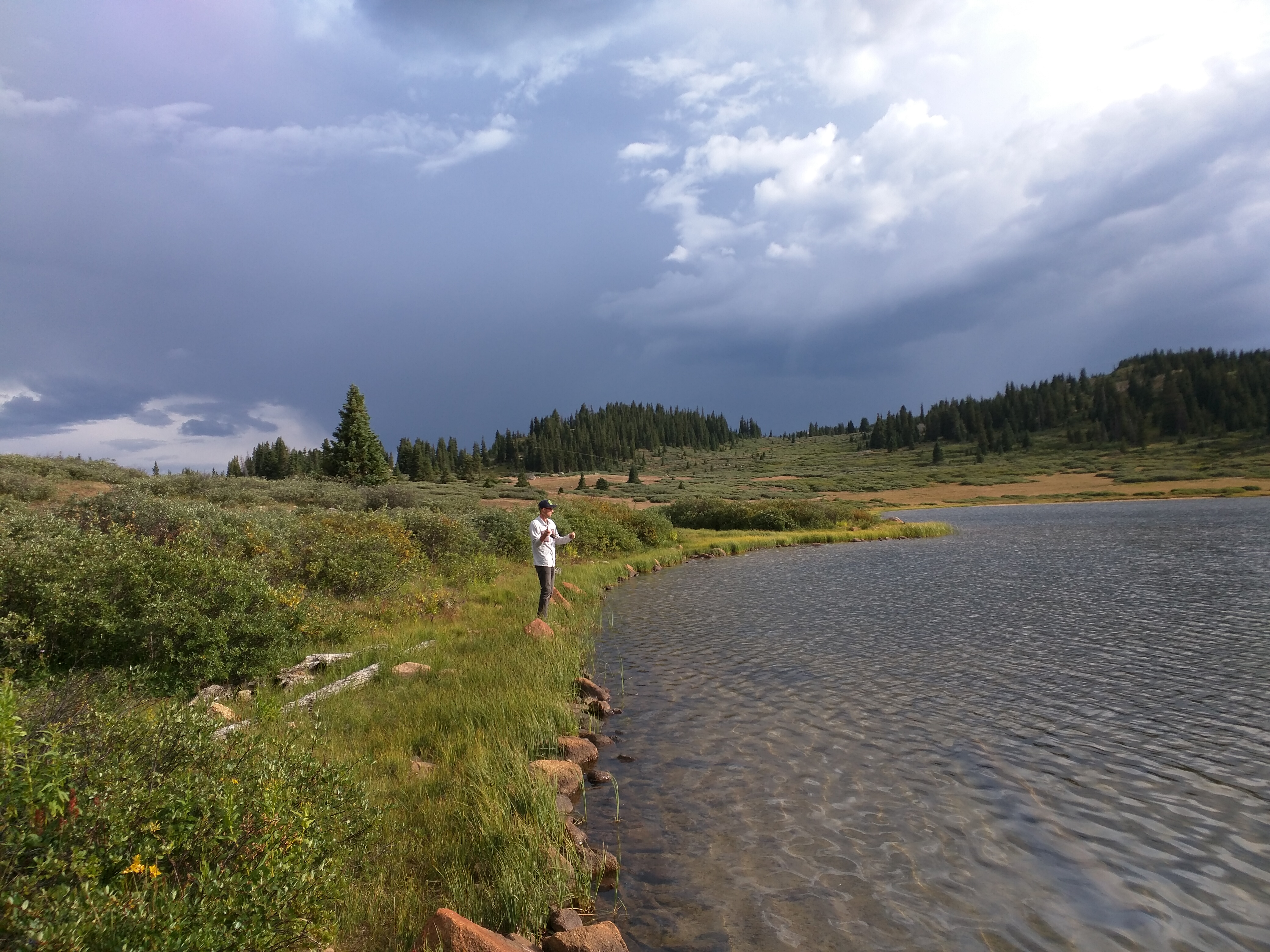 Our shelter for the night. A small grove of trees with an opening the middle made for good protection 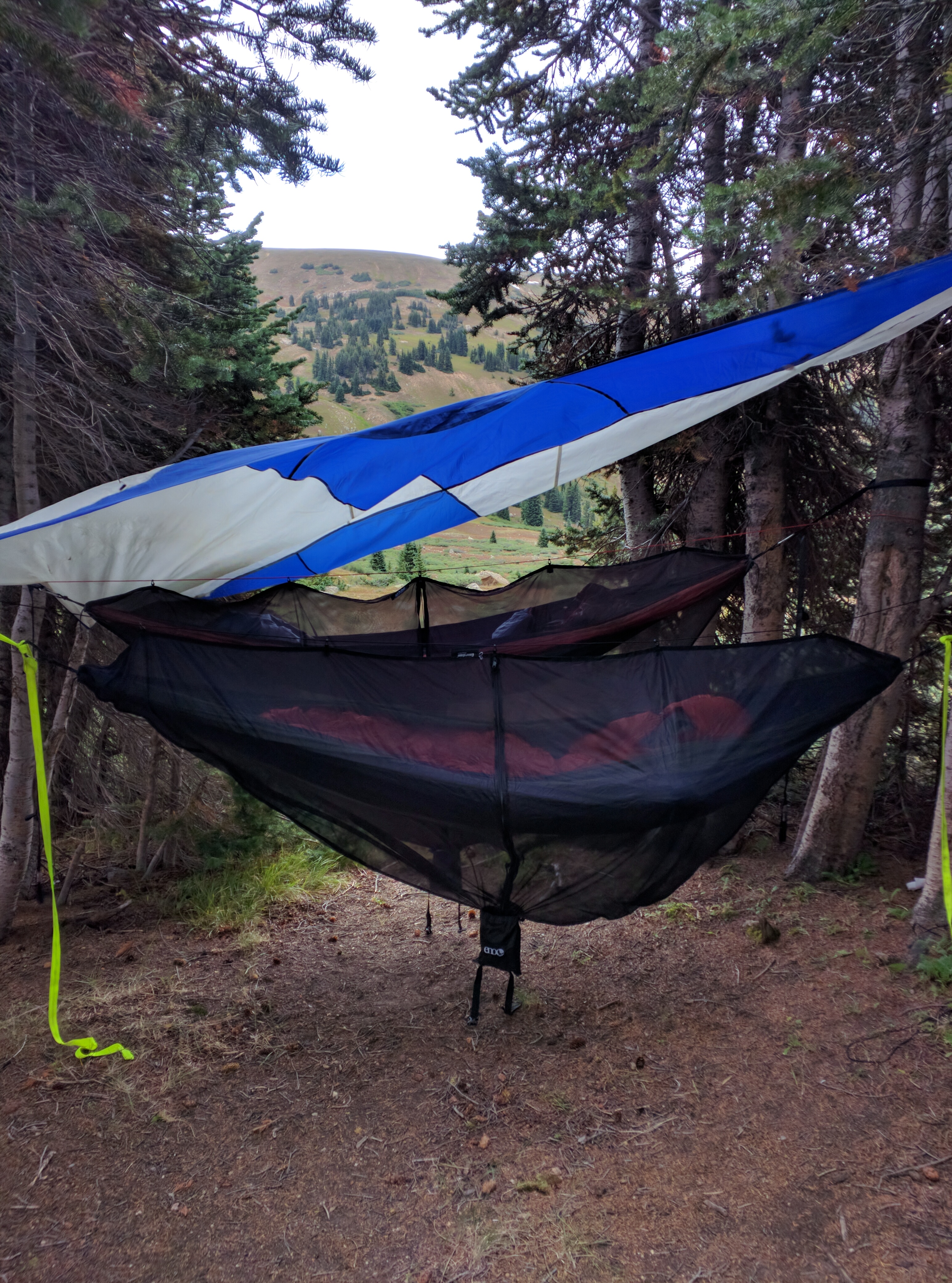 Storm starting to roll in as the evening set. Just missed us though 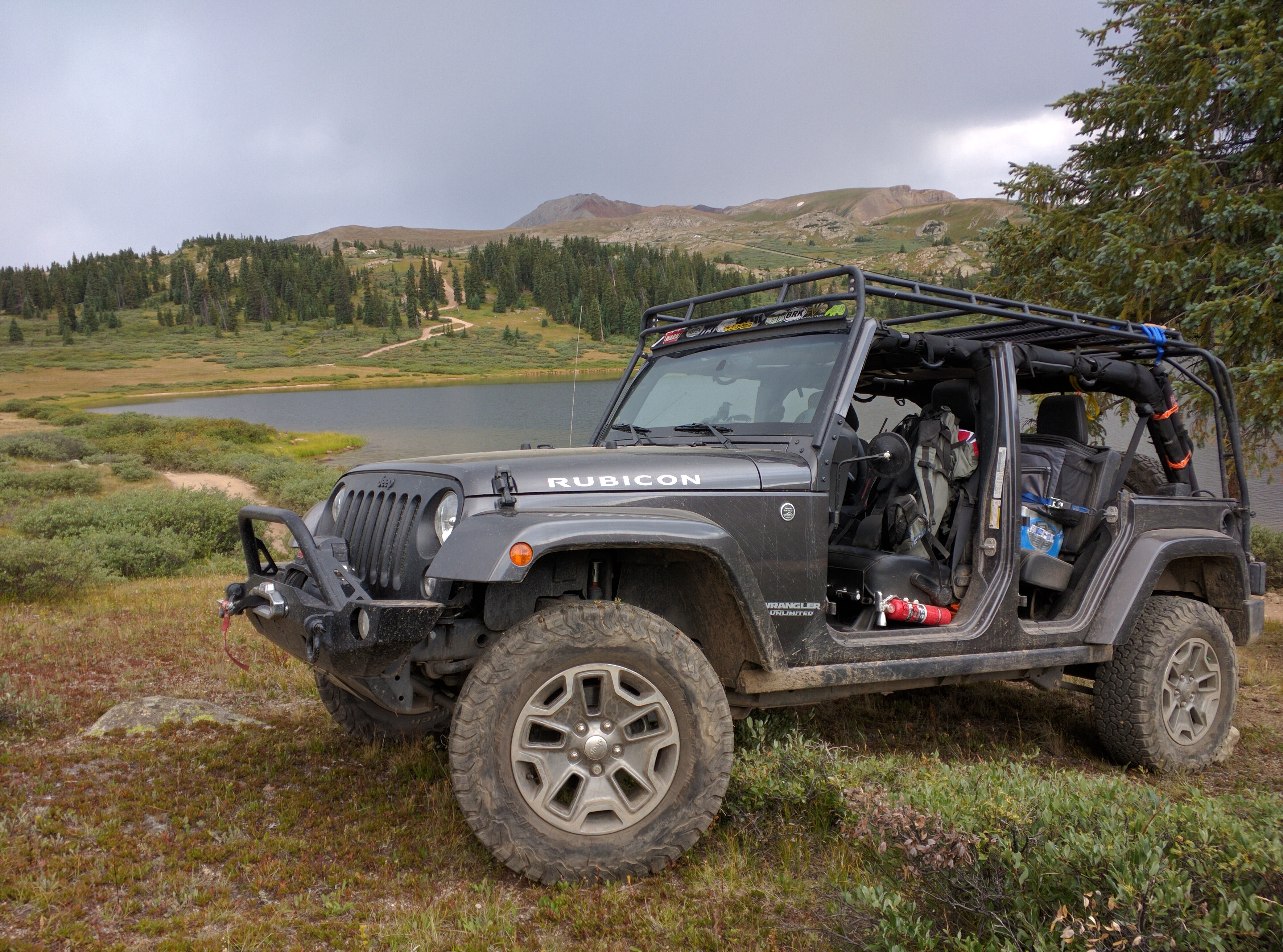 Tomorrow would the the final day of the journey. We'd climb up to the peak, ride the ridge to the top of Aspen Ski Resort, and descend back to civilization. So far not a single broken part on the Jeep and tons of amazing scenery. Will our luck hold out thru the entire trip? 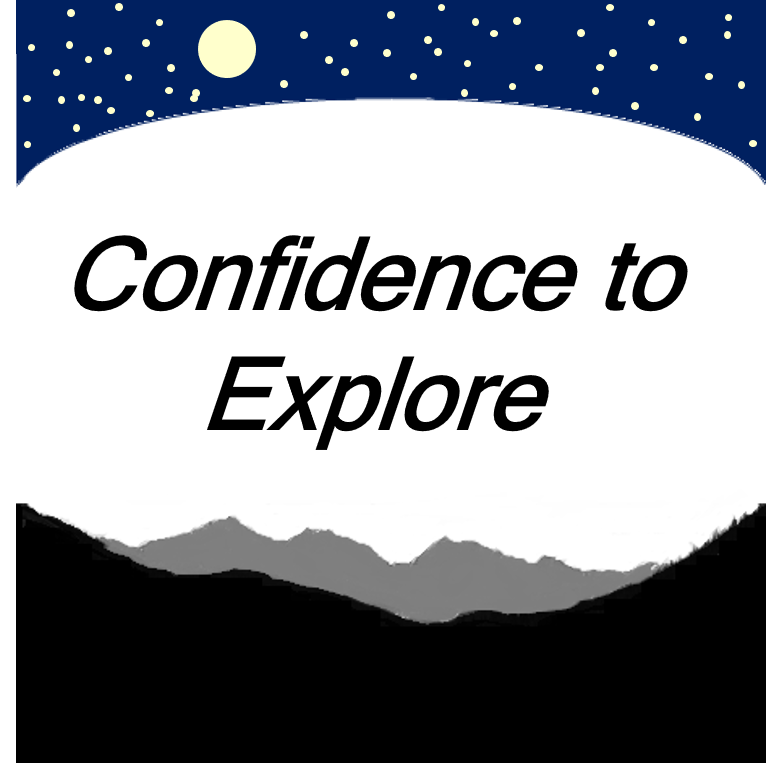